The album's first single "Dual Diagnosis" premiered this morning over at Immersive Atlanta, check it out here. 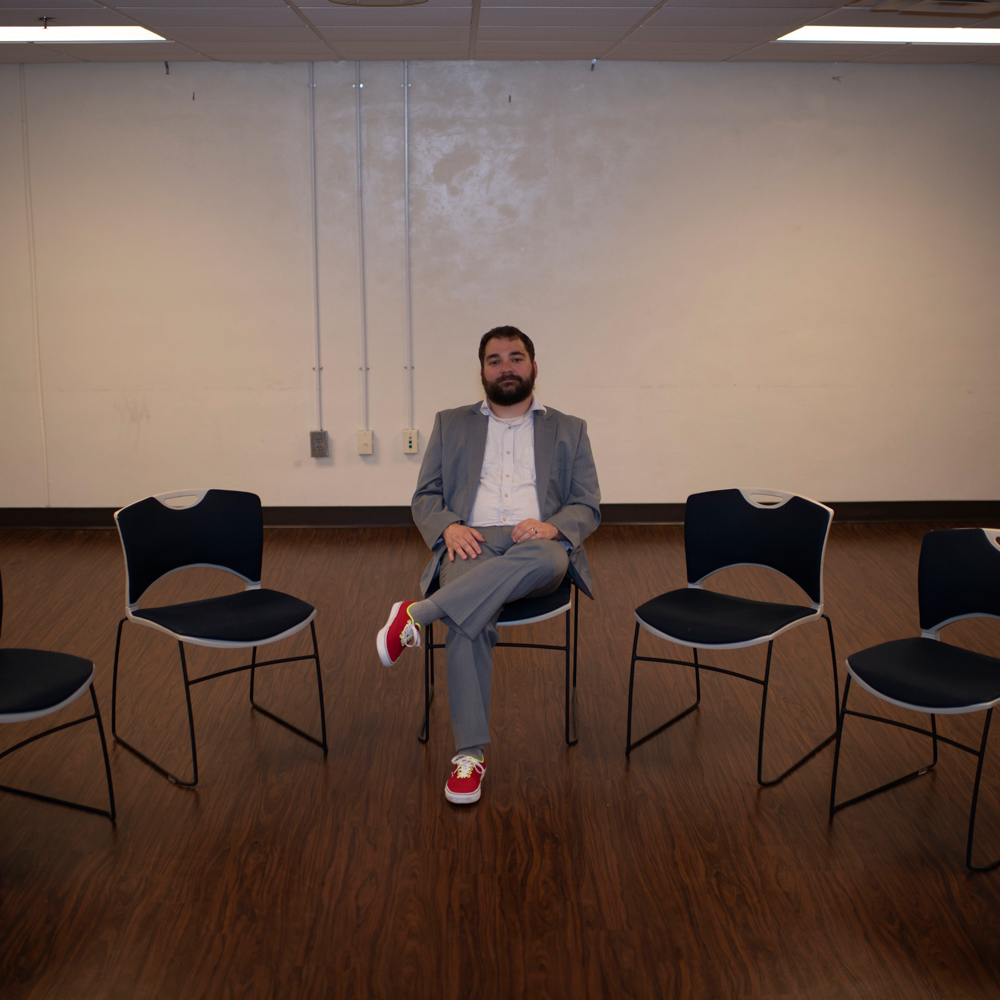 Written over five years during a period of tremendous personal and artistic transition, Thank You For Sharing was largely performed by Kohler himself and mainly produced and recorded with Fantasy Guys’ Mitchell Hardage, who also contributed bass to all of the album’s eight tracks. Damon Moon from Standard Electric Recorders and Eric Jennings helped engineer the record.

Atlanta's Pony League have released their sophomore full-length album A Picture of Your Family, now available on CD and vinyl in our webstore and on the band's bandcamp page.

The album distills real-life moments into shimmering compositions stacked with a lush blend of piano and guitars. Though Billboard says their "warm, retro-acoustic sound feels more like California than Georgia," Pony League draws a wealth of inspiration from their home state - a fitting description for a project that's been likened to Jackson Browne and Dawes. The 11 tracks on A Picture of Your Family showcase a tightly knit group of friends and musicians who have steadily evolved since their 2014 debut.

Order the album now, and catch the band touring across the...

Small Reactions has already captured our hearts and ears with their debut full-length album and two EPs, and now they present their landmark sophomore album RXN_002, available now on vinyl from the band and on our web store. It's fucking amazing, and that's all there is to say about that. Go get it now!

Bear Kids' own Justin Green has created and released a comic book, and although it is not officially a part of the BKR catalog, it is now available for purchase on the web store!

Owen Walker is a space trucker that just wants to be left alone. For 13 years, he's succeeded. That's all about to change.

The first chapter in a story about a loner trucker and a girl on the run in trouble with the mob and a corrupt government agency. Set in space.

Bear Kids has long admired Atlanta's Dot.s, and we're thrilled to work with them to reissue their amazing record We Swim. We made 100 tapes, you can snag one at our web store or at a Dot.s show!

We Swim is the sophomore record by Atlanta indie-pop outfit, Dot.s. Reissued by Bear Kids on cassette tape and featuring alternate artwork.

With the exception of an intermission, We Swim acts as one winding piece, circulating around a theme of entertainment and the inherent sadness doomed to follow a life that has been desensitized to devices meant to stimulate our attention. There’s some corny love stuff in there, too. Through a structure that is both winding and highly percussive, Dot.s hopes...

Notorious is a new EP by Atlanta's Small Reactions.

The title track comes from a Converse Rubber Tracks session recorded during the Similar Phantoms era, while the other four songs all have individual origin stories, including a cover of Beat Happening's "Indian Summer" recorded by Damon Moon at the now-defunct Cottage Recording Co.

This EP effectively clears the coffers to make space for RXN_002. Hold tight.

Please welcome The Pellys to Bear Kids Recordings! We are proud to be digitally releasing their debut release, the Hail Jake EP, on October 7th. These guys are straight out of the suburbs of Grayson, Georgia, but poised to make a splash in Atlanta. With the scrappy and jangly garage-pop stylings of brothers-in-arms Twin Peaks, The Orwells, and Girls, and lyrics that reflect a lovelorn wisdom, The Pellys are ready to demonstrate just why they are one of Atlanta's best new rock bands. Stay tuned for more, but in the meantime, get to know the band at their Facebook page and revisit the premiere of the first track off their upcoming EP, "Shiny Things,"...

Welcome Slow Parade to the Bear Kids family! Slow Parade is the musical vehicle for songwriter Matthew Pendrick, and we're super proud to help them release a new digital single "Bangs" b/w "Jackpot" on September 23rd.Immersive Atlanta premiered the A-side track, saying "'Bangs' reveals a warm and ragged side to Slow Parade’s songwriting, and it’s nice to hear them tear through it with upbeat abandon." See what else they have to say over at their website, and stream the song there or below.

Shampoo's well-received and critically acclaimed debut LP Terrible Heat campaign continues to roll along, this time with a stunning visual accompaniment for the standout track "Shy Guy." Premiering over at Immersive Atlanta, the video was directed by Alessandra Hoshor and Addison Adams with assistance in cinematography and set design by John Manfredi and Jordan Stubbs, respectively. Head over to Immersive for their take on the video, which you can also watch below.

Wasted Wine is known for their off-kilter music and unconventional style, something that makes us personally very fond of them. The band is playing every day this year at Dragon*Con, starting with an epic kickoff tonight at midnight, and tabling when not performing. True to their style, they are celebrating Dragon*Con with the debut of a new game called "Escape from the Hypnosis Center," which looks a little bit like Doom except they're shooting cassette tapes instead of bullets. It looks quite amazing. If you're at D*C this year, stop by and give it a try. And of course we still, amazingly, have a few copies of Wasted Wine vs. The Hypnosis Center available in

Pony League have released a music video for their single "Harder Than a Rick Ankiel," released earlier this year digitally and as a cassingle backed with B-side "Bad Habit," available in our store.

The video, which premiered at Immersive Atlanta, shows the boys doing what they do best on a Sunday afternoon. Rick Ankiel himself even gave the band a call to congratulate them and offer some advice. Read more about it here.

After widespread critical acclaim surrounding premieres on My Old Kentucky Blog, Impose, and Immersive Atlanta, as well as an advanced streaming placement on Ad Hoc, Shampoo's glimmering and gorgeous debut album Terrible Heat is out now on digital and cassette.

Tapes and direct digital downloads are available in our store, and the album is available on all digital retailers and streaming services.