The Pellys are a scrappy and jangly surf-punk garage-pop band in the vein of Twin Peaks, Christopher Owens/Girls, The Orwells, etc. The Pellys emerged from high school in the suburbs of Grayson, Georgia with rock in their souls and love in their hearts. Band leader Ian Buford explains how it happened:

"It all started in the summer before 11th grade when I (Ian) wanted to start writing original music, many projects flopped to be honest, the line up kept changing and we never had a solid drummer or bassist. Until my friend Ezra was down to learn bass and play in a band. He went out and bought a bass, and with help from a few lessons, he mastered it. His brother Joseph plays drums and I was always worried about asking him because he's already playing in a few other bands but at this point I was like, fuck it, and asked him, he said yes. Ethan (the guitar player) has been my best friend since 6th grade, we've been playing music together for a long time. And one day I finally questioned everything and said, "why aren't we in a band, like, we play music all the time, lets just do it." he agreed, we were outside of a Race Track and it was after school when all this happened, we went back to my house and wrote the beginning of "Shiny Things." When it comes to lyrics I mainly write all of it except for several occasions where my good friend Andy Ramirez came to my house and helped me, he inspired me to keep writing and that I shouldn't keep throwing lyrics away. Andy and I wrote "Shiny Things" and "In The End" together. We're all 18 except for Joseph, he's 21. I never thought I'd be playing all the shows we've been playing, I mean, I know that Sea Ghost are just dudes like me, but they helped me realize that Atlanta wasn't terrible, that Atlanta has an incredibly talented growing music scene that is accepting to everyone. When I found out my good friend Josh Longino joined Gringo Star, that's when I really wanted to play shows in Atlanta, Gringo Star is one of my favorite bands, I couldn't believe it when I heard he was gonna go on tour with them. I found Bear Kids Recording through Coma Girls' first release, I bought the tape and listened to it over and over for a good few weeks. Fast forward some months and Newark Wilder is releasing their album Vanessa Atalanta, under the Cottage Recording Co. I miraculously ended up in Decatur CD the night of their release show and saw the album, I bought it immediately because a friend of mine told me about Ben's music. I honestly was in the right place at the right time. I emailed The Cottage and Damon Moon wrote back and we scheduled some days and recorded the whole EP with him. The process happened so incredibly fast and I began to meet so many connections, it was very surreal. I never thought I'd be sharing the dumb sad love songs I wrote in my room at 2am with anyone. All I want to do is make people happy, music is my life, and some people may think I'm boring because all I do is play guitar. But I don't care what people think about me, when I listen to music, I feel something, and it feels good. And I hope that one of my songs can do that to someone. I hope one of my silly love songs will help some dude get over some girl who did him wrong or vice versa. I just wanna make people happy. Sorry Justin, I just got so deep lol. I'm so excited to share our music with everyone, and I hope people enjoy it as much as I enjoy playing it!!"
- Ian Buford 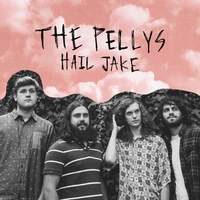